Have you ever wondered how you become a star? 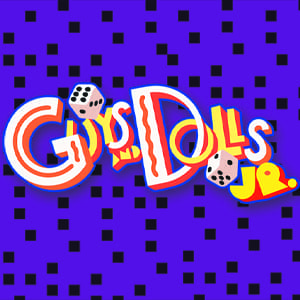 You start with passion, hard work, and a little bit of JPAS. The Jefferson Performing Art Society (JPAS) provides an opportunity for up-and-coming young stars to develop and nurture their talents in the JPAS Theatre Kids Program. In order to become a part of one of the JPAS productions, kids between the ages of 7 and 12 must first audition. Once they have been selected, the kids will experience the entire process of putting on a show as well as learning acting techniques and skills. For budding young thespians, JPAS is truly an opportunity of a lifetime and the Guys and Dolls JR. production is coming to the stage this month!

From April 21-23, 2017, the JPAS Theatre Kids! are bringing the Guys and Dolls, Jr. production to the stage. Set in Damon Runyon’s New York City, Guys and Dolls JR. follows gambler, Nathan Detroit, as he tries to find the cash to set up the biggest crap game in town while the authorities breathe down his neck; meanwhile, his girlfriend and nightclub performer, Adelaide, laments that they’ve been engaged for fourteen years without ever getting married. Nathan turns to fellow gambler, Sky Masterson, for the dough, but Sky ends up chasing the straight-laced missionary, Sarah Brown. Guys and Dolls JR. takes us from the heart of Times Square to the cafes of Havana, but everyone eventually ends up right where they belong.

All of the actresses and actors in the Guys and Dolls, Jr. production are normal kids going to school and taking tests… but they all have a talent for captivating their audiences on stage. Below is a little glimpse into the kids behind the fabulous acting:

Maia Christina will play the role of Sarah Brown in the production and she will amaze you with her voice and onstage presence. Her very first role as an actress was Vulture #5 in the Jungle book, Jr. at the Academy of Sacred Heart when she was 8 years old, and she continues to love acting and works hard at rehearsals to develop her character to the fullest.

Brandon Marquez will play the role of  Sky Masterson in the production and he truly has a passion for music theater, but he also enjoys drawing, writing, and studying Ballet. He started acting at 8 years old and was in Willy Wonka and the Chocolate Factory and Seussical, Jr.

Kameron Callahan will be Nathan Detroit in the production and he loves to learn new things from JPAS. He has had many different acting rolls including All Shook UP, Beauty and the Beast, Jr., and will soon be in Mary Poppins and Singing in the Rain this summer.

Bella Carbo will play the role of Big Jule in the production and her talents include dance, singing, acting and even basketball. She is excited about taking on the challenge of a male role in Guys and Dolls, Jr. Her first acting role was Luci in You’re a Good Man Charlie Brown.

Don’t Miss Out On This Great Production!