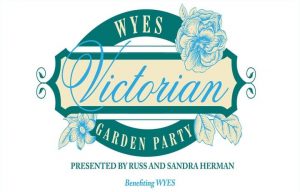 Enjoy a relaxing afternoon in the genteel fashion of the bygone Victorian era sipping champagne and celebrating the newest PBS MASTERPIECE series “Victoria.” Attendees can also bid on a variety of special silent auction items that are sure to pique interest. Attendees will enjoy exploring the New Orleans Garden District mansion and its grounds while sampling champagne, wine and food from Ralph Brennan Catering & Events. Guests will enjoy the excitement of live in-house bidding on several auction items including “We Groovin,” a 60″ x 96″ framed artist proof signed by celebrated New Orleans artist James Michalopoulos. More than likely striking a bidding war will be the Yankee Stadium Experience which includes four field tickets to a 2017 regular season New York Yankees home game, pre-game VIP tour with an opportunity to view on-field batting practice, lunch or dinner in the Legends Suite Club, four New York Yankees Goodie Bags and a scoreboard message. Those wanting to bid early can do so by emailing contact information and maximum bid to dhansel@wyes.org

Learn more about the upcoming PBS series at wyes.org.
MASTERPIECE “Victoria” is an eight-part drama that follows Victoria from the time she becomes Queen in 1837 at the age of 18, through her courtship and marriage to Prince Albert. The series begins in January 2017.

For over 58 years, WYES has worked to inform, teach, illuminate, entertain and inspire our entire community. It is the oldest public television station serving southeast Louisiana and the Mississippi Gulf Coast, the 12th oldest in the nation, and the most utilized non-profit organization in our two states with as many as a half-million people using our broadcasts, outreach activities and website each week. We are proud to be part of the nationʼs largest classroom, the largest stage for the arts and a trusted window to the world.