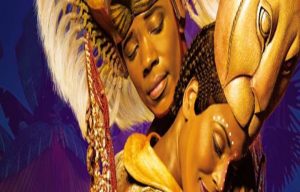 New Orleans is filled with so many great cultural things from great museums and fabulous restaurants to Mardi Gras and Theater. There are a lot of wonderful productions that come to the Saenger Theater in New Orleans. This month the Lion King is coming to town and will certainly be a lot of fun.

Giraffes strut.  Birds swoop.  Gazelles leap.  The entire Serengeti comes to life as never before.  And as the music soars, Pride Rock slowly emerges from the mist. This is Disney’s THE LION KING, making its triumphant premier at the Saenger Theatre!

More than 80 million people around the world have experienced the awe-inspiring visual artistry, the unforgettable music, and the uniquely theatrical storytelling of this Broadway spectacular – one of the most breathtaking and beloved productions ever to grace the stage.

One of the most important things to do before heading out to the theater is getting a bite to eat. Stop by Mulate’s Restaurant for the perfect meal and then head over to the Saenger for an evening with the LION  KING!