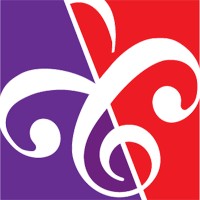 New Orleans may be famous around the world for Mardi Gras, but did you know that we have a wonderful Orchestra?

The Louisiana Philharmonic Orchestra (LPO) formed in 1991 and is the oldest full-time musician–governed and collaboratively-operated orchestra in the United States. LPO is dedicated to maintaining live orchestral music and a full-scale symphonic orchestra as an integral part of the cultural and educational life of the New Orleans area, the entire state of Louisiana, and the Gulf South region. The group offers full 36 week season with more than 120 performances from classics to pop to family and park and community concerts across the multi-parish areas.

For the Holidays, LPO is having its annual holiday celebration. LPO is having a Yuletide Celebration with multiple concerts in Louisiana including Jefferson, Hammond, and Slidell, featuring yuletide favorites perfect for the entire family! Bring your holiday spirit and caroling voice, as the LPO is led by guest conductor Julian Pellicano and is joined by school choirs from across the greater New Orleans region.

THE STORY OF MULATE’S

Mulate’s is known as the original Cajun restaurant, famous for preserving and celebrating the food, music and culture found in the small towns and along the bayous of south Louisiana. But the restaurant that prides itself on being true to its roots would never have opened its doors if owner Kerry Boutté hadn’t ventured out of Cajun Country and into restaurants and dance halls of New Orleans, Houston and even Europe. There is a lot to learn about us, so just stop in an experience the original Cajun restaurant. Click here to learn more.